Mustang Production Grinds To A Halt

Last month, Ford announced they are having problems with suppliers in Japan that were devastated by the earthquake and tsunami.  They first stated that only certain colors of paint ordered from Japan would not be available.  Soon afterwards, they announced some Ford plants would cease production indefinitely due to supply shortages.

One Piece at a Time

Ford has closed production plants at Flat Rock, MI where the Mustang is built.  They did not say when production would resume.  It was supposed to resume this month, but will there be enough 2012 Mustangs for the masses?  What if the weather actually turns nice again for summer?  Though doubtful, the people will want their new Mustangs!! 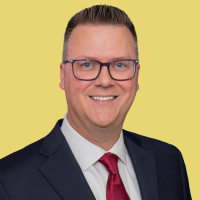 Mustang-obsessed maniac turned internet hero. Find out how he makes big $$ moolah while he sleeps without getting bothered, like ever. https://www.krazyrich.com/about

Boss 302 Intake Manifold Can Be Yours!

Madkevin88 / For 41000 I could buy an older mustang shell, drop﻿ it off at a body shop for work and paint all over, anc drop in a 500+ hp ennige all while paying antique insurance and taxes . and have something that is unique.

Mustang Production Grinds To A Halt